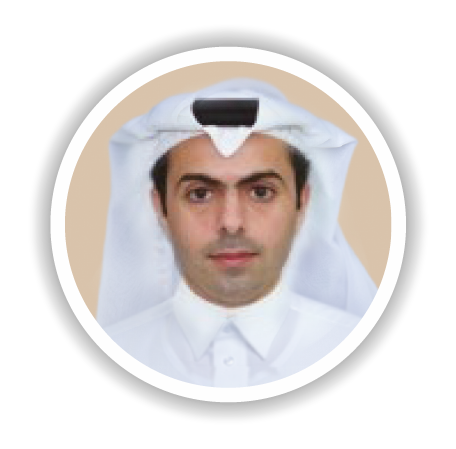 During the past 14 years of his career, he has performed technical, project and production management roles before assuming the current Operations Manager for QP Refining Operations.

Khalid started in the technical department performing advanced process control systems. Thereafter he joined QP downstream project development team, developing projects for QP and had the exposure of interfacing with several international oil companies. In 2015, he was promoted and returned to refining operation as the Production Manager in Refining Operations. His responsibilities was to manage safe and reliable production of the 137,000 BPD Integrated refinery complex consisting of crude oil refinery, condensate refinery, RFCC, oil movement & utilities with a dedicated team of over 300. During this period, he started to instil performance oriented culture and at the same time lifted the morale of the frontline staff.

In October 2016, he was promoted to the current position of Operations Manager (Refining) who directs and manages a work force of close to 900 employees and contractor-partners in the refinery. His accountability is to ensure that the refinery is producing reliably for the State of Qatar with uninterrupted supply of fuels in a safe and efficient manner. In addition, Khalid was a board member to Laffan Refineries for two years since 2016 until 2018. Khalid is passionate about people development and maturing QP core values (safety, integrity, respect, collaboration, responsibility and collaboration) within the organization. Amongst the core values, Khalid is firmly committed in both personal and process safety as they are pre-requisites to achieve operational excellence and achieving our QP vision.