As a company operating in a water-scarce region, Qatar Steel aims to reduce water consumption to the best of its ability, for the benefit of operations, as well as of the community and environment. Qatar Steel uses water in the form of freshwater, seawater, and recycled water in its operations, mainly as a cooling agent.

In 2019, Qatar Steel’s operations consumed 1,554,644 m3 of freshwater. The freshwater consumption is being controlled in-house; however, this control program is affected by the need to sustain production requirements. With the implementation of the Qatar Steel’s Near Zero Liquid Discharge (NZLD) project, the aim is to reduce freshwater consumption by as much as 40%. The goal of the NZLD project is to reuse processed wastewater in the production process in order to reduce freshwater consumption. In 2019, Qatar Steel maintained the percentage of recycled or reused water at 21% down from 35.9% in 2018. This was due to a technical issue in the quenching tower’s spray supply. The financial savings due to reusing processed wastewater instead of purchasing freshwater from Qatar’s local utility amounts to more than QAR 1 million.

Qatar Steel continues to increase the processed wastewater use for garden irrigation. In 2019, 38,300 m3 was used or irrigation compared to 10,300 m3, almost a three-fold increase since 2018. The company is also making progress on its objective to reduce wastewater discharge to the sea. As it can be noticed, the discharged quantity of processed wastewater has slightly increased in 2019 in comparison to the last year’s value due to EF-3 Spray Supply System stoppage. 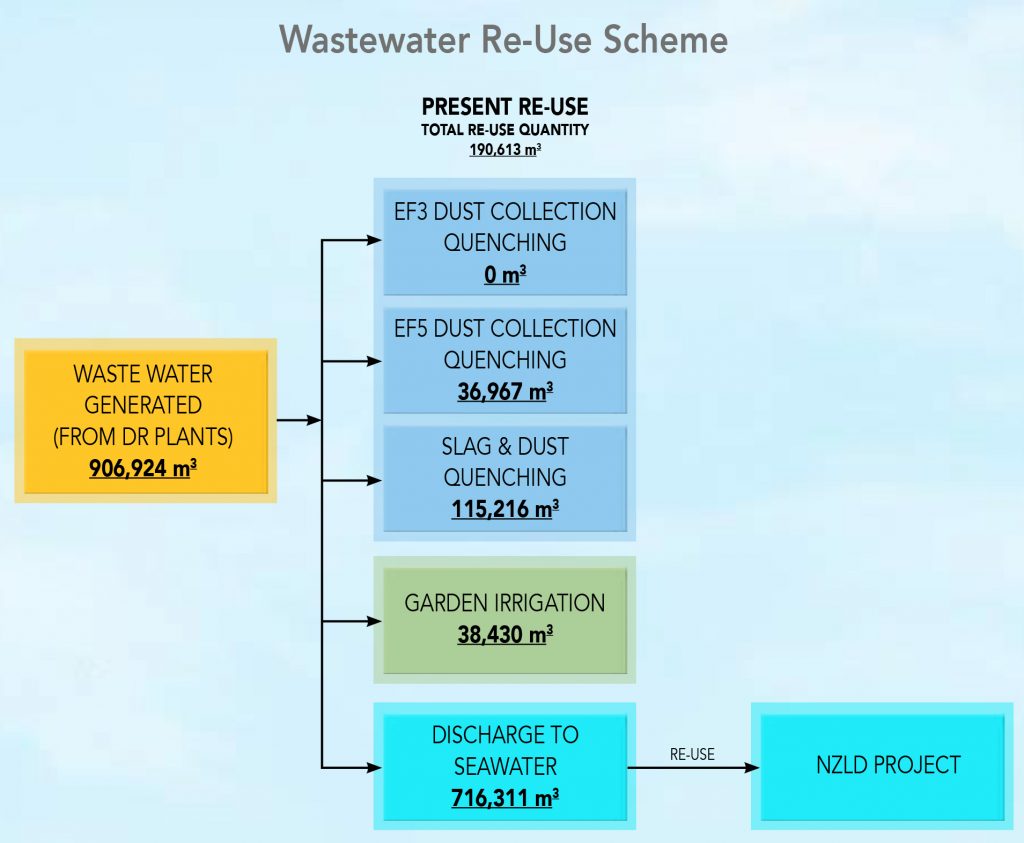